Heavy-duty Kitchen Equipment and Supplies for the Most Demanding Environments

The Scott Paper Company, which merged with Kimberly-Clark in 1995, was the first company to put bathroom tissue on a roll in the 1890s. The company in 1913 introduced a 1,000-sheet roll that remains the cornerstone of the Scott brand -- Scott Tissue. Scott Paper also invented paper towels in 1907 and, in 1931, Scott Towels became the first paper towel brand sold in grocery stores. 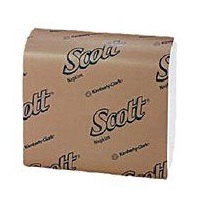 Sign up to our newsletter for the latest news and events.